Appartements for the casa Hostal Juventas 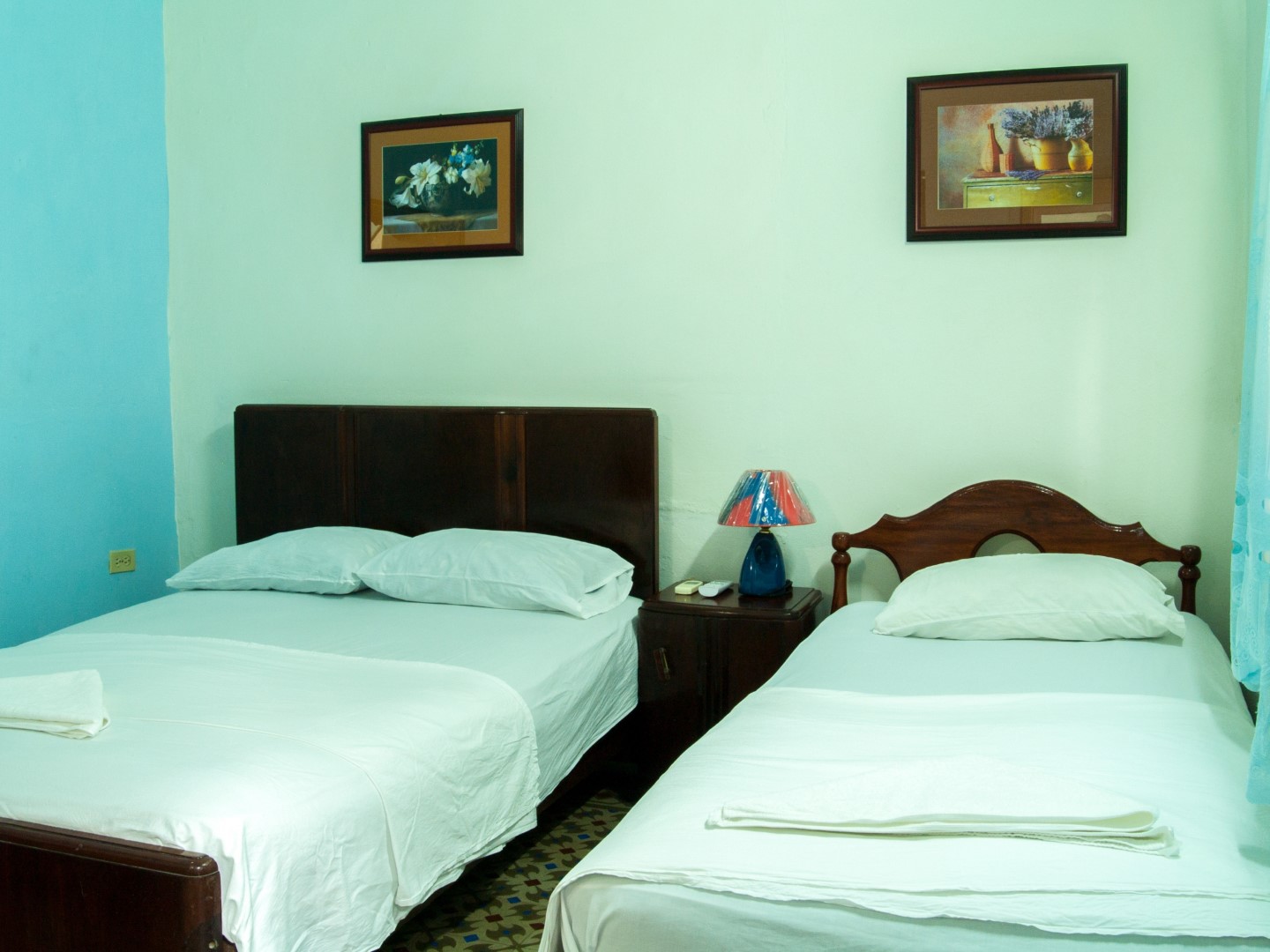 If you want to spend unforgettable days in the southern center of Cuba, make the Hostal "Juventas" your home.
The colonial Casa of Andros, is located in the heart of Cienfuegos, just 2 blocks from the Prado and 5 blocks from the Terminal de Omnibus.
The house was built in the 40s of the 19th century and combines history and youth + quality.
Hospitality and respect are very important to Andros and his family.
The park José Martí, the Tomás Terry Theater, the Government Palace, the San Lorenzo School, the House of Culture "Benjamín Duarte", the harbor and other attractions are less than a few minutes walk away.
In low season, breakfast is included in the price.